“What Can Men Do Against Such Reckless Hate?” 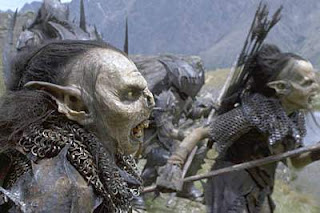 It should be no surprise to me that the works of Tolkien, an author relegated to the plastic bin of adolescent fantasy genres continues to rise above all others in my daytime mind as I look at the shaping of the 21st century. I’m surprised and even a little embarrassed at myself. -It feels like a nerdy impulse. As if nothing profound could exist among the chapters and books of a body of work so widely read, obsessed over and loved, his three most notable books are often ignored and abjured as simple adventures. For all my self-professed independence, maybe, -just maybe- I buy into all of that; my convictions dwarfed, as everyone’s attitudes are, by the opinions and tastes of the masses.

Tolkien himself aggressively dismissed any analyses or critiques that cited possible allegories, however salient and obvious. This may have been the manifest fear Tolkien had and shared with all authors: That their work become dated by too close an association with a specific history or time.

Yet Tolkien’s works, the legendarium he built meticulously across several years, with its invented languages, histories, cultures, plague me when I read headlines today. Beyond his symbolism of bound rings ruling all, as the actual symbol of the nuclear model of the atom haunted the minds of children from Hawaii to Sibera after the bombings of Japan in 1945; beyond his imagining of an undying embodiment of fascism in the caricature named Sauron (The fictionalized Hitler and made-up Stalin of his Middle Earth), beyond his proto Orwellian warning of totalitarian rule in the image of Sauron’s all seeing eye; it is Tolkien’s ideas and conjectured suppositions about race that are the most haunting today.

As a child, I was aware from the time I was able to speak, that I was an American, but that I was different from “Americans.” This is something that was told to me by the television I saw, the books I read and the world I walked in. It is something that in my darkest personal moments, I even told myself.

I didn’t think of someone who looked like me when I thought of the word American. I thought of African-Americans; the various hyphenated Caucasians: Italian-Americans, Irish-Americans, Polish-Americans, but not brown, tan skinned, or Asian people or anyone who spoke with any accent or had an “ethnic” name. I knew I was born here, but my mother’s coming to the United States of her own will, in a determined against-all-odds struggle for her American dream and her citizenship somehow made me illegitimate in my own mind. I have always felt intrinsically foreign, despite the fact that I think in English, despite the fact I cannot think of any other place as home. My mother’s origin in immigration placed an asterisk next to my skull that I could not outrun. Because of this mediation of my nationality, I have always been sensitive to portrayals of race in fiction and “news.” As long as I can remember, I have always been “looking for the Indians.” In every story about mass struggle, war, national upheaval in any time there is a group of people central to the narrative who are portrayed less as persons and more as a identity-less force to be overcome and destroyed: an inhuman force like a storm or tidal wave. This is the role of the Indian in orthodox American “Western” fiction: Indians “oppose” the movement of “Americans” westward and must be outlasted, defeated, massacred. To me, in Tolkien’s world, “the Indians” are the Orc hordes and the “men of the East.” They only exist to oppose and threaten the peoples of West, and for that reason only. Therefore they can conversely only be defeated and destroyed. This is the essence of racism: the casting of others into a group deemed disposable by virtue of a supposed non-humanity.

How I can think of a book such as Return of the King at times like these, with two wars going on, with fundamentalists claiming that cartoon writers are fair game for murderers, with entire swathes of human beings being convicted by the flimsiest of associations, or by assumptions made of the many based upon the criminal actions of the few? It seems silly. But Tolkien’s work, with all its grandeur, profundity, and sinister contraindications is of utmost relevance at times like these. His trilogy is an attempt at recreating a lost world in compensation for the loss of the Saxon culture and its foundation myths under the Norman conquests. In creating a world, Tolkien intentionally or incidentally shed unflattering light on our own.

The turmoil, massacres, internecine exhaustion of natural resources and corruption threatening to destroy Middle Earth look like every century on our own Earth for which there is reliable history to read and contemplate. And now Middle Earth’s holocaust is again frighteningly applicable to our time. Specifically, what is happening in America -again, this time?

Racial profiling has been made into law in Arizona.
What is next? -Concentration camps to hold “illegals?” (read Mexicans, the Indians of our current narrative/reality) What is happening is this: The measure of our worth as citizens of the world, as human beings will be determined by the extent to which we allow fear, hatred to inform our actions toward one another. Today’s Orcs will not be conveniently swallowed up by a sudden earthquake at the end of the story after the screaming and fighting is done. History is anything but convenient.

We must remember, with an appropriate measure of horror that King Theoden’s question in the title of this post was never answered, -not with words in any case.
-SJ

My thanks to Oso, Holte Ender, Lazer's Edge and Mad Mike for inspiring this train of thought.

In the Eye of the Beholder 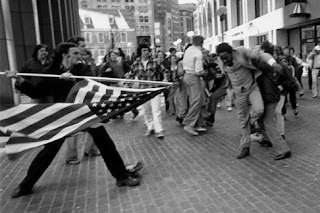