Equifax, Experian and Transunion Are Crooks. 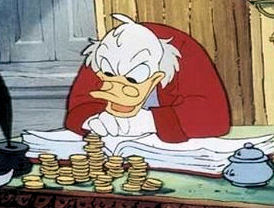 It’s been a long time since we’ve written about personal finance on Random Thoughts, a long time since I’ve personally written about much of anything on here. I don’t rail and complain about much these days. Part of the reason it is that I may just have gotten smarter than I used to be about managing my anger and expectations. -Not in some great general sense; just those two areas. I’ve spent the better part of the last six months trying to take stock of what annoys me and eliminating it from my horizon, avoidance being a better solution for me nowadays than mutual harmful conflicts, verbal and otherwise. Eliminating mendacity and distress from one’s daily life is easier said than done with a lot of things in America, and I’m no Buddhist or pacifist.

One of the most pernicious of stacked decks against the American citizen is an institution called the credit bureau.

The claim that Equifax, Experian and Transunion are there to monitor consumers so they may build a transparent historical record of their borrowing -and thereby improve said consumers’ ability to borrow -and borrow at rates that reflect their trustworthiness is one of the biggest scams in banking and finance, which is saying plenty when you think of all the variants on the pyramid scheme concept that are allowed by the Wall Street deregulation of the 2000s, and conversely also by actual laws passed for the last 50 years.

Think about this:
The three credit bureaus report increases in debt almost immediately, but not the paying down of debt. They can take months, if not years to correct a credit report. Equifax has a ridiculously incomplete survey of financial institutions compared to the other two, in some cases skewing a person’s debt load in a negative direction because of its incomplete reporting.
The three credit bureaus report also account for any and all inquiries negatively, so the very act of requesting a correction (which they uniformly call a “dispute”) affects your credit report negatively: Really focus in on that for a moment dear reader, the very act of correcting their oversights or mistakes affects your credit score negatively. This used to be called “getting took coming and going.”

Bottom line, these credit bureaus simply exist to make it easier for lenders to charge higher interest rates on individuals, and nothing more.

This is what is called a scam, pure and simple. These are rackets, and they engage in predatory practices. Among all of the unfair things that the credit card industry does, like changing the APR applied to something already purchased (think about that real hard, you buy a TV, and your credit card company changes the rate on that old purchase, effectively changing the price you paid on it, nowhere else in business does that happen,) the operations of these credit bureaus are among the worst things preying on American families… well that and the fact that they are now also doing big business getting people to pay for access to their credit scores and credit reports.

From my own personal experience, I’ve never missed a payment in my life and I’m now 43. My 3 credit scores only average about 760. The reasoning the credit bureaus gave for disregarding years of my timely and often times early repayment of debt?

I didn’t buy a home.

The absolute gall of these liars in citing that most depreciated investment in America: a unit of purchase that has destroyed the lives of millions of people as a criteria in these hard times. The reason the bureaus claim they have effectively ignored my proven record and frozen my identity as a borrower from further “improvement” in their scoring system is simple. They did it in order to allow my creditors to keep charging me rates they know I don’t deserve. This is disgusting. It should be criminal. But the credit bureaus are a largely self-regulated group of institutions, and what laws govern their behavior were practically authored by their own lobbyists and lawyers.

I suppose they’d tell someone who did buy a house that their credit ratings and scores won’t ever go up regardless of their spotless record because they did buy a home. 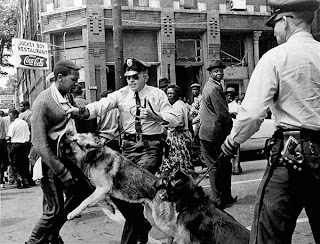 As we approach the anniversary of the death  of Dr. Martin Luther King Jr. I can't help but think of the sacrifice of those who fought to bring the potential of the American dream to all people. I'm not talking about the people who made headlines, I'm talking about the people who made sacrifices small and great and who are for the most part forgotten by history. The leaders of the civil rights struggle are rightfully venerated by the masses, but I think we overlook the majority of those who made it possible for civil rights to become a reality. From the housewife who donated her time and energy to the cause to the bus driver who spent all his free time handing out pamphlets to the student who put his education on hold so that he take part in a march to the bus boy who risked not only his job, but his life as well as he took part in a sit in at a segregated restaurant. I hope that at this time when we remember the ultimate sacrifice that MLK made that we also remember the faceless nameless masses who also contributed mightily to the ultimately successful attempt to fulfill the promise that was made in the Declaration of Independence that "all men are created equal".
The reason that I think of those regular people who made those sacrifices is that I'm not sure that the debt that is owed to those individuals can ever be repaid. How does one pay back what so many suffered to gain with their blood, sweat and tears?The election of Barack Obama and the elevation of many African Americans to positions of power and influence has led some to declare the battle for equality at an end. It is said that if we can elect a black president then blacks have certainly achieved all that they set out to accomplish during the civil rights struggle. In my view, that is certainly not the case, but I can understand how some could have that opinion. However, my question is, was the only goal of the civil rights struggle to create a climate so that a few could reach exalted heights. Did those factory workers, maids, students, housewives, sacrifice all so much in order to elevate the few?

I ask the question because I have struggled often with the thought of living an ordinary life. I have had all the advantages that a middle class life could offer. I went to good schools, graduated from college, got a scholarship to go to graduate school, graduated and became a working member of society. The problem with an ordinary life is that I feel the pressure to be extraordinary. Having lived an "ordinary" life, I can't help but feel that I have somehow failed the generation who suffered so much in order to give me the opportunity to be more than "ordinary".

American society seems to only pay attention to either the best or the worst of black society. Criminals, welfare cheats, drug addicts, prison inmates who happen to be black are consistently highlighted on the news and in popular culture. There are those who would ascribe the negative qualities of the worst of those individuals to all African-Americans. I could offer many real life examples of this, but suffice it say that this is not limited to only those narrow minded individuals that we call bigots.

American society will also heap inordinate praise on those who have been able to reach the heights of popularity or power. Athletes, entertainers, politicians, business leaders. Of course if one of those who reach those heights were to commit a transgression of some type, then all the negative stereotypes are immediately brought to bear. They are no longer one of the "good ones", they immediately become "just like the rest of them".

Given our "post racial" society, the question remains, what is required of the descendants of the greatest generation. Is being ordinary, enough? Does being ordinary fulfill the desire of those who made so many sacrifices given the almost schizophrenic attitude that society has toward African Americans? It is easy to argue that the goal of the ordinary people who were the engine of the civil rights movement was that they and their descendants be allowed the same opportunity to fail or succeed as the rest of the America. The fought for the right to be treated as individuals. They fought for the right for their fortunes to be tied to their own strengths and weaknesses.

So do I honor that generation with the life I lead? I'm not sure. I suppose on one level I do, I suppose on one level America does as well. They just happen to be different levels. We as a country have advanced enough to elect a black man as our president and yet we still manage to vilify people because of the color of their skin. Those ordinary people who suffered might say that they did it so that I could live the as I do, but I'm sure they would also be disappointed in the attitudes that still exist. The promised land is not having a black person reach the presidency, on the contrary, the promised land is being treated as an equal regardless of your level of achievement. The battle for that ultimate goal rages on. It rages on even though some would like to put the ugliest of episodes behind us.

I can honor those bravest of Americans by talking and writing about how much they sacrificed. I am not sure that I can honor them by the life I lead. The battle for Civil Rights continues today as it probably will for the foreseeable future. The battle continues throughout the country and it continues inside me as I'm sure it does inside many who happen to share my pigmentation. Is being ordinary a fulfillment of the legacy of all of those who came before me or a betrayal of it? I wish I had the answer to that.

The Long and Winding Road