The question is why. Why have I been complicit in the idea that this non-stop attack against people who look like me does not affect me? The answer is fairly simple. It does not benefit me to call out the injustice of the world to people who are on my side. These are people who see me as removed from the issues that face people of color in this country. That is my fault. It makes those around me feel better about themselves and allows them the comfort of knowing that at least I don’t feel the constant crush of racism, oppression and inequality. Of course, none of that is true. I feel it every minute of every day.

I wish I could say that because I have surrounded myself with people who have no interest or concern with the color of my skin that my life has been untouched by unavoidable and invasive effect of bigotry. I appreciate and rejoice in the bubble of people that I have created to shield me from the world. Unfortunately, we can’t live in that bubble. None of us have the ability to lock ourselves away and only deal with the people who care about us. Being treated like a criminal by the police or being passed over for consideration for promotion because of the color of my skin is just part of my experience. I have locked those things away and kept my feelings hidden from my friends and loved ones because I thought it would do them no good to be aware of them. I was self-censoring my own life and feelings in order to protect those around me from my truth.

There have been times when I’ve tried to have honest conversations about this truth, but it was usually met with a particular sort of denial. As if realization of the truth would destroy that persons understanding of the world as they knew it. It couldn’t possibly be true that there’s a double standard at work in the world. That would mean everything that I have, and everything that I believe in has been built on a lie. But if it took me a lifetime to be able to say it, I can understand the reticence that people have in believing it.

People have asked me many times why I never had children. When I was younger, I would say that I just didn’t have the patience for it. But the truth was then as it is now that I would never do this to someone else. To be a young black male in this country and know that you stand a better chance of being incarcerated than you do of graduating college is mind numbing and soul crushing. That is the truth that being black in America and frankly all over the world that we have to live with. That is the truth that is taken for granted and dismissed by so many who do not happen the share the genetic marker of color. The fact that we as a society have taken for granted the disenfranchisement and disillusionment of an entire race of people, will forever be our undying shame. It should not take the filmed murder of black people for people to realize the issues that face an entire subset of the population. It should not take the daily protests and clashes with the authorities to realize what has been the daily suffering of an entire race of people.

I stand guilty of having been a part of the charade. Before all of this years’ upheaval, I am very sure you could have taken a survey of my friends and loved ones and found that very few of them would have said that any of this affected my day to day life. I fielded multiple calls and emails from friends asking me what they could do or say to be an ally. Also asking if they had ever done or said anything to me that was insensitive. I know why they reached out to me. They reached out to me because I always made it okay and easy to be my friend. I never brought up the day to day anguish that I felt. I never brought up the hundreds of ways I’ve been made to feel diminished. I must admit that there are days when I just feel defeated. There are days that I just want to give up and I many ways I think I have. I know there’s no change coming. I know there’s not defeating the systematic racism in this country and across the world. I know that there’s a target forever on my back. I can’t fight it.  People just want to know when their lives can get back to being comfortable, so that they can ignore any issues that might interrupt their weekend barbeques and football games. It is a distraction to them. Nothing more and nothing less.

In the end, I accept responsibility for my part in this charade. I accept that I have given aid and comfort when I perhaps should have been more truthful. I also accept that fact that I would not have made any difference. And perhaps giving aid and comfort to those I love and care for has been worth it. I don’t know, but I’ve reached a point of exhaustion. I’ve denied these feelings for decades, but there is a psychic toll to pay. You can put on a happy face or grin and bear it, but you do have to answer to yourself at some point. I guess I’ve reached that point. It is sobering to look in the mirror and find yourself lacking.

I keep doubling back after attempting to comment or respond to this essay and I ultimately have nothing of worth to reply with.
I just want to respectfully acknowledge that I have read it and appreciate the effort and emotional capital it took articulate all of it.
This is perhaps the most crucial and necessary price of writing I have read in years.

The Academy Awards have come and gone and the ratings continue to be in free fall. They lost approximately 6 million viewers from last ye... 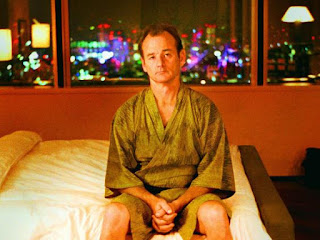